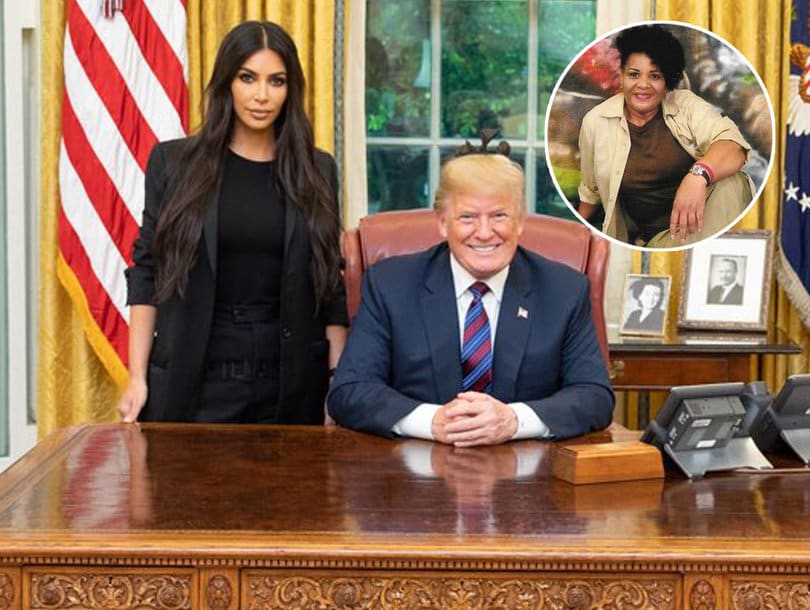 Kim Kardashian-West, celebrity and close friend of the President visited the White House recently to advocate for the release of a grandmother who had served 21 years in a maximum security prison for a non-violent drug offense.  Going to the White House is a big deal, but pleading for mercy on behalf of a total stranger is jaw-dropping.

News agencies picked up the story and a lot of political pundits thought it was just another photo op.  But two days after Kardashian-West met with the President, he signed an order immediately releasing Alice Johnson.   Ms.  Johnson was amazed that someone who she had never met would be so passionate about her freedom.

The reunion with her family members was very touching as would be expected.  This mother and grandmother was able to hug and kiss her children and grandchildren, and Ms. Johnson said in an interview she would not take this second chance for granted; she would not disappoint her benefactors.  A thank-filled Johnson said Kardashian-West, “did not give up on her.”

If a celebrity can have enough moxie to “not give up” on a total stranger, what should my responsibility as a Christian be to men and women in prison?

In a nation that prides itself on individual freedom and its Christian roots, what should WE do? (a great nation should not have a 1/3 of its citizens locked away and unable to participate in their pursuit of happiness).  But since the time of Ms. Johnson’s release, I understand the President has met with activists to discuss criminal justice and prison reform.

What did Jesus Do? Stripped naked and nailed to a cross by people JUST like you and me, He forgave and daily shows us his love and compassion by not continuing to punish us for our sins.

I am sure Kim Kardashian-West could have talked to President Trump about a number of things but she pleaded for mercy for a total stranger. This seems like something Jesus would do.

Most of us may not have an opportunity to meet with a world leader, but we can start where we are to forgive and move with compassion for someone in prison or newly released from prison.

Pray and do a  WWJD.   Write or visit someone in prison, encourage them and also advocate for programs in your area that work to break the cycle of poverty and incarceration.

Do it for the least of these.  Criminal justice reform will go a long way in repairing broken people and communities.  We can practice Christ-like forgiveness and restoration of former inmates.

Remember what Jesus said, “If you did it for the least of these, you have done it to me.”